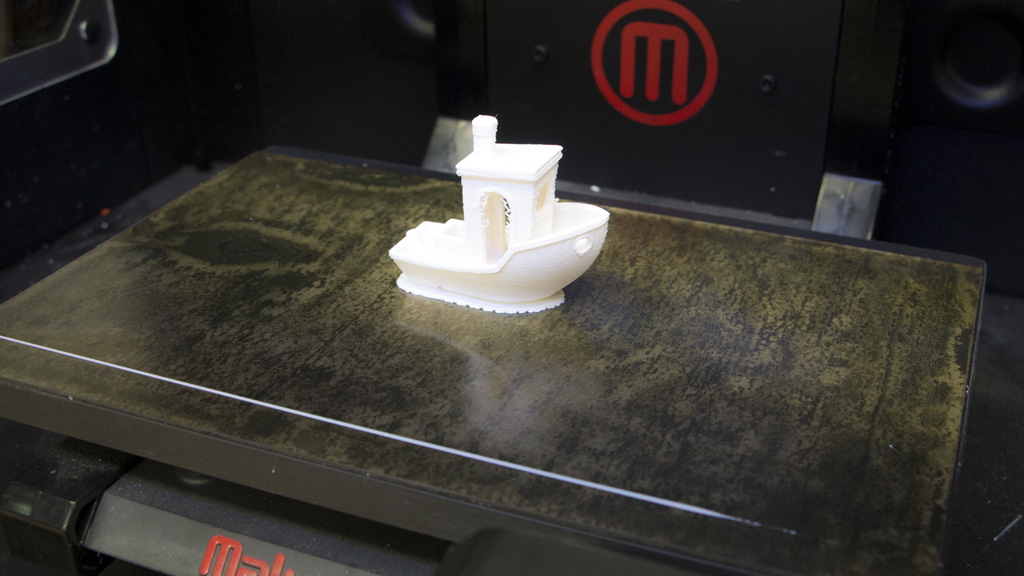 Recently, I was asked to write on a personal printing project since I am an amateur when it comes to 3D printing. The following experience was both interesting and insightful. I tried to go through the steps of printing with as little help as possible to make the experience more authentic. 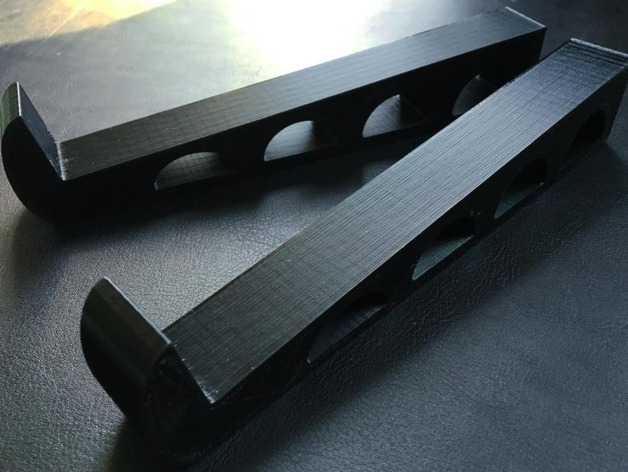 Choosing What to Print

The first step in this project was choosing what I wanted to print. I had a few parameters. First, it had to be something practical that I could put to good use. Second, it had to be something simple. This was not because I did not feel up to a more challenging print. I felt that a simpler print would fit the topic better as most people who have just begun printing will not print something extravagant immediately.

With these in mind, I decided to search Thingiverse. Eventually, I came across a four-part laptop stand. This was a little too complex for my parameters, but I liked the idea of a laptop stand. So, I searched for simple laptop stands and found Mostlyfocusedmike’s 13” Minimalist Laptop Stand, which is what I decided to print.

The default 3D object editor that I have on my laptop is 3D Builder. While this may not be the most well-known application, I found that it was easy to use. I measured my laptop and then scaled the model in 3D Builder so that it would fit my own laptop. This mostly involved lengthening the model, as it was designed for a thirteen-inch laptop and mine is a fifteen-inch.

However, as much as 3D Builder was easy to use, I found out that this step was completely extraneous. Later, I had to rescale my model to fit the print space, and I could scale in the slicer I downloaded. In hindsight, 3D Builder is not of much use and is really designed for people who don’t have a printer, as it directs you to another application that allows you to order your 3D print online. 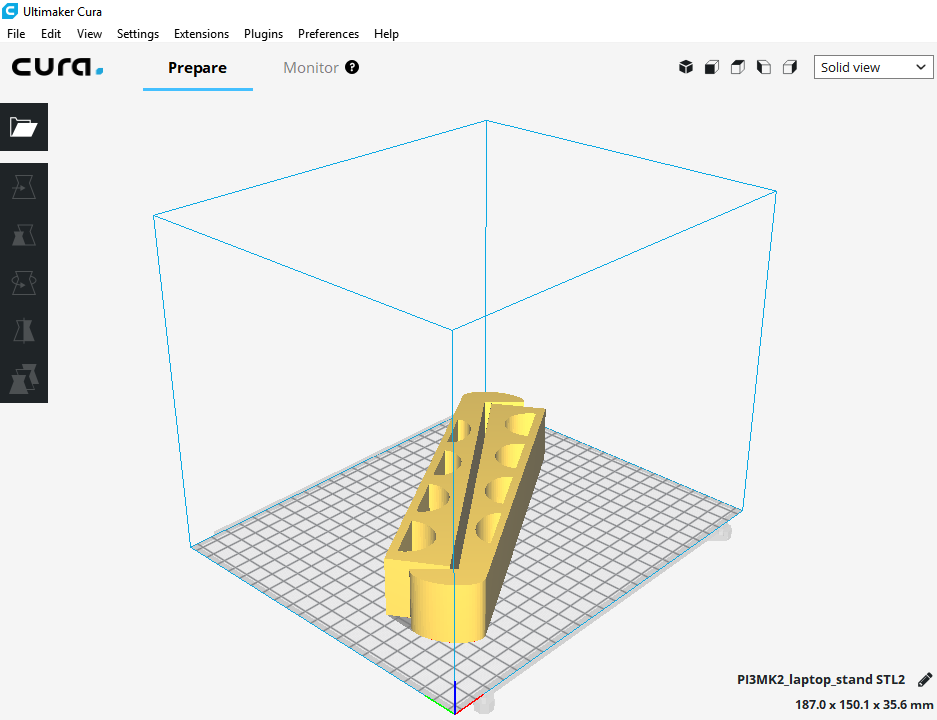 Model One Sliced in Cura

The next step was downloading a slicer to prepare my model for printing. After a few Google searches, I had narrowed the search to just two slicers: Cura and Slic3r.  I eventually decided on Cura, because it is geared more towards beginners and has a simpler interface, whereas Slic3r is more advanced.

After downloading Cura, I selected the Makerbot Rep 2 as my printer, since that is the printer that we have the most of here. I discovered that, after selecting the Makerbot, my print was going to be too long for the print space. Therefore, I scaled the model down, closer to its original size.

Around this time, I talked to Eric Falde, a coworker, about my project to see if he had any suggestions. He recommended that I print on the Prusa i3 as the heated bed helps with larger prints. Heeding his advice, I sliced the model for the Prusa and was ready to go.

Printing on the Prusa

This is where I ran into some problems. I tried printing my model on the Prusa, and the model wouldn’t stick to the print bed. The Z-axis wasn’t calibrating like it should have been, and so, the nozzle was too far from the print bed. I talked to Eric again and found out I was using the wrong printer setting in Cura. I had the slicer set to a Prusa i3 printer while the printer I was using was a Prusa i3 Mk2.

This was an easy fix. I switched the printers in Cura and resliced my model. However, I left the scaling of the model the same, despite the larger print area that the Mk2 had to offer. 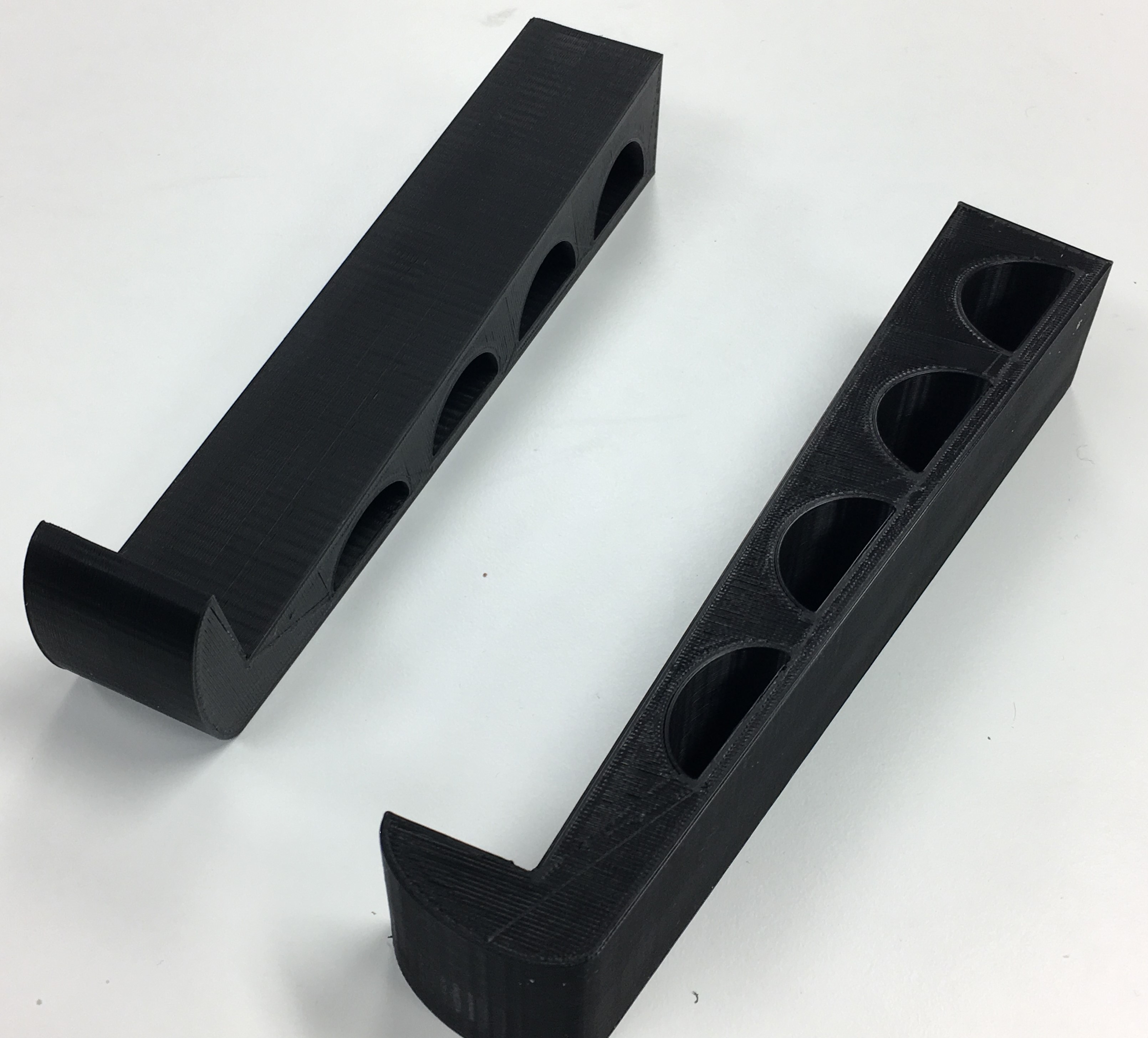 From here, I just had to wait until the model finished printing. It printed very well, and there were no problems that I could see. The next step was to test the stand. With my laptop closed, the stand worked just fine. However, when I opened my laptop, the added weight at the back tipped my laptop off the stand. I realized that, when I scaled the model to fit the print area of the Makerbot Rep 2 and the Prusa i3, I had shortened it so much that it was no longer useful. 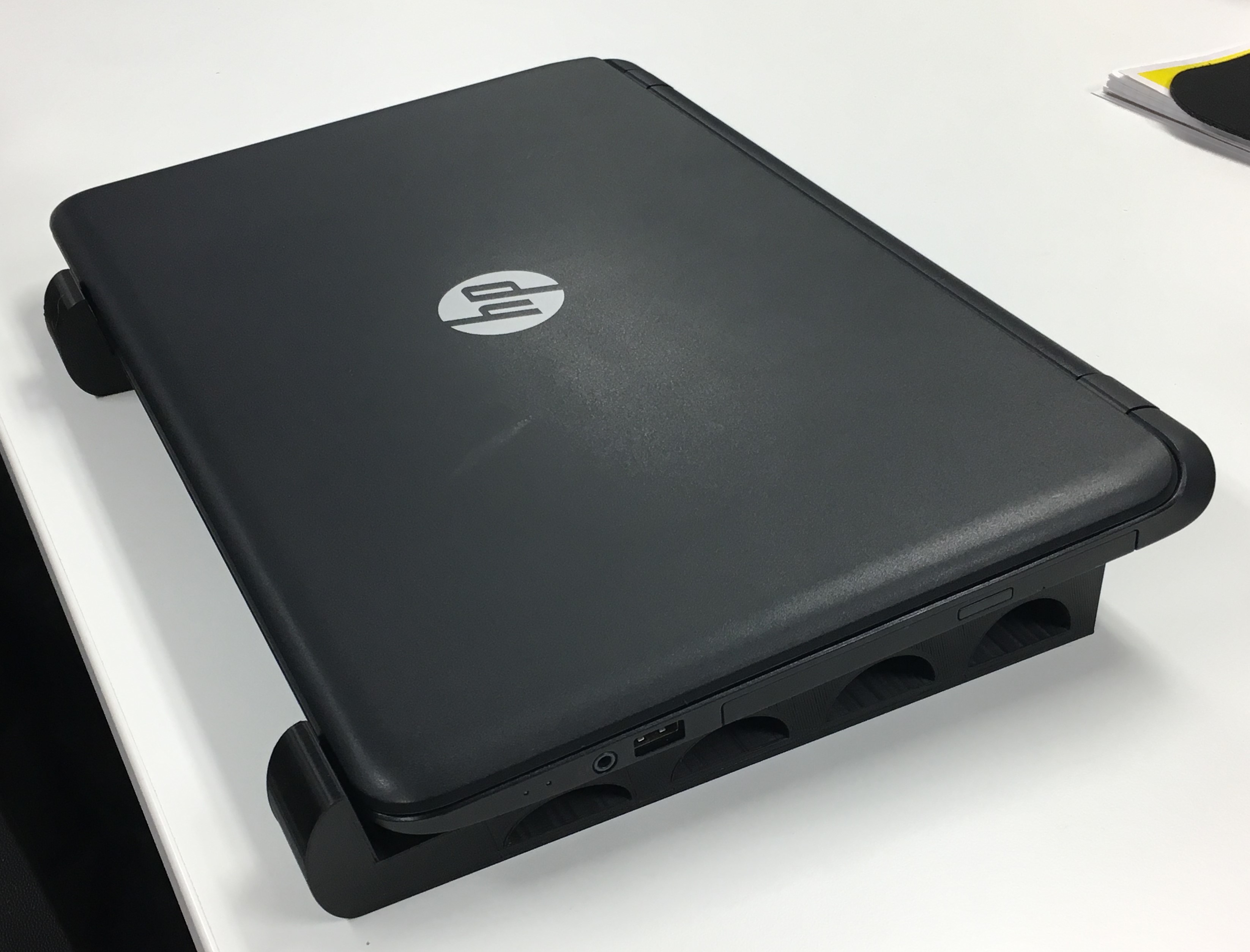 Thankfully, the Mk2 had a larger print area I was not fully utilizing. Instead of scaling my model another time, I decided to go back to the original STL file from Thingiverse. I did this because I had scaled my first model three or four times, and I had sometimes only scaled in one direction. The result was a model that was both wider and taller than the original STL file while remaining about the same length.

When preparing my second model, I scaled it lengthwise by twenty percent and arranged it diagonally across the print space. This model had a little more difficulty printing for a reason I still do not know. The first few layers of the print didn’t stick very well, but it still printed. And, the second model worked perfectly.

Overall, I discovered a few things about 3D printing that I had not known about previously. First, there are many things that can go wrong when printing or preparing to print, especially when you do not know much about what you are doing. Second, knowing your printer and its capabilities is essential. And third, it is always good to have someone who knows about printing on hand, whether that be online or in-person.