Home How to Choose Between Cartesian and Delta 3D Printers

How to Choose Between Cartesian and Delta 3D Printers 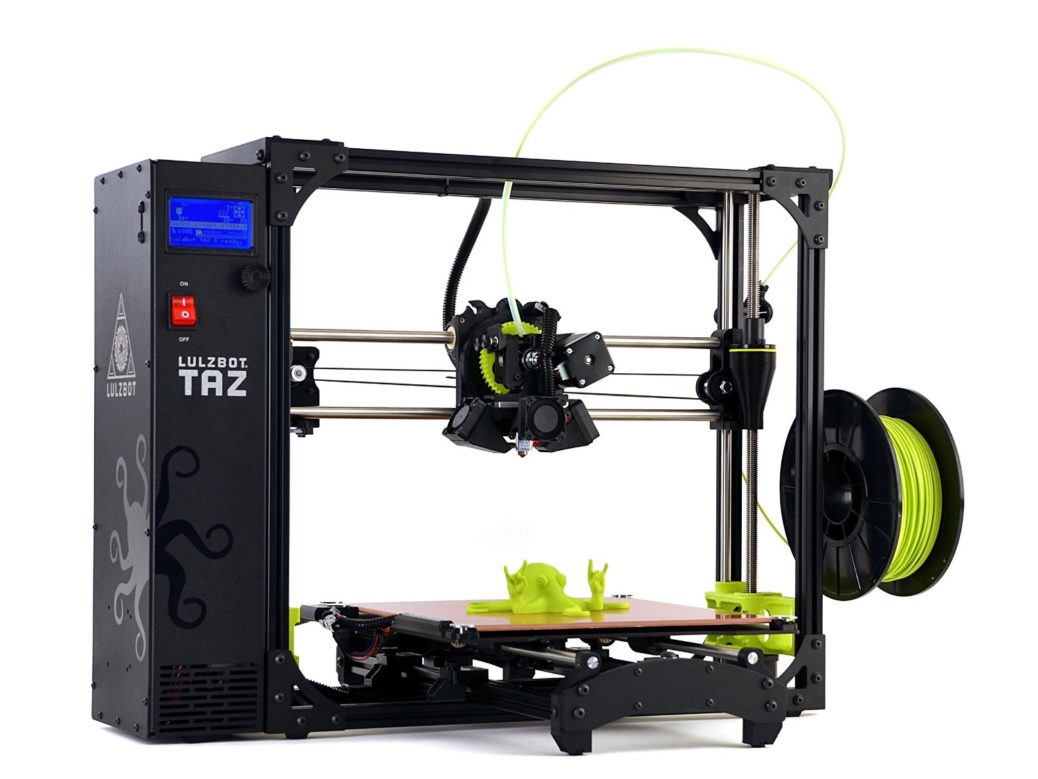 In 3D printing, there are several different styles of printers. The two most common desktop 3D printer styles are Cartesian and Delta. These printers both use Fused Deposition Modeling (FDM) technology but have different ways to navigate the print head through the 3D print space. 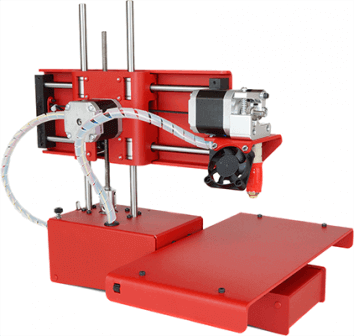 A Cartesian Printer.
From: All3DP

There are no overall problems with Cartesian printers. Most issues that arise are specific to different brands. As such, any disadvantages of Cartesian style printers depend on the manufacturer. Check out our troubleshooting and guide pages to see common issues with various 3D printer brands and models. 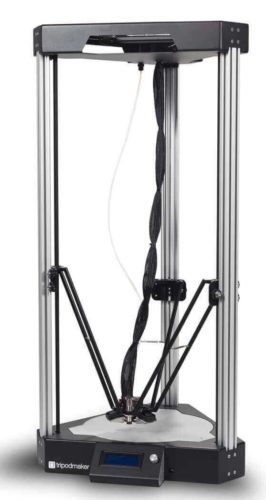 A Delta Printer.
From: All3DP

A delta printer consists of three arms on rails that move up and down independently to move the print head. Delta printers use trigonometric functions based on the angles that these arms create to determine the precise location of the print head within the 3D print space.

One of the main advantages of a Delta printer is its speed. These printers were designed for quick printing. Delta print heads are built to be as light as possible, which results in a quicker printing process.

However, this design’s focus on speed results in several disadvantages for the printer. One is the precision of the printer. As the speed of the printer increases, its precision decreases. Because of this, Delta printers tend to print with less detail and a rougher surface finish than Cartesian printers.

Another main disadvantage is the Bowden style extrusion. To reduce the weight of the print head, the stepping motor is removed and placed on the body of the printer. The filament is then fed to the print head using a Bowden tube. This style of extrusion limits the number of filaments that can be used and can cause binding within the tube itself. This is a problem that is currently being addressed by Zesty Technology and their new Nimble extruder drive, which is lighter than a standard extruder drive or stepping motor. Learn more about Bowden extrusion here.

Which One Should You Choose? 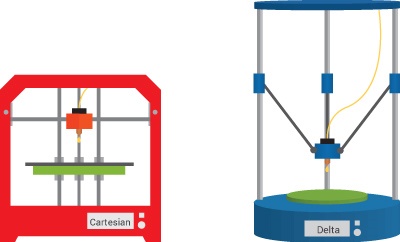 Diagram of a Cartesian Printer (left) and a Delta Printer (right).
From: Printspace3D

When choosing between them, you should consider what you want from the printer. Cartesian printers often come preassembled and work right out of the box. In addition, as they are more popular, there is more customer support for Cartesian printers. Delta printers often come in kits and need to be assembled before use. They are also very advantageous when making tall objects.

Get updates, deals, and more great posts by joining our community of over 6,000!