In addition to 3D Printer repair, Fargo 3D Printing also does a variety of custom printing projects. One recent client was Impact Dakota, a company that works with businesses in North Dakota to help provide long-term stability and growth. They wanted to 3D print cookie cutters in the shape of their logo. Fargo 3D Printing’s Eric Falde worked with them to design and print the cookie cutters and also experimented with some of his own designs.

The first step in the process was designing the cookie cutter. To do this, Eric looked to a few places for inspiration. One place he looked was  Thingiverse. On Thingiverse, he searched cookie cutter and found many different results. However, one that he took inspiration from was the Cartman Cookie Cutter by Protonik. 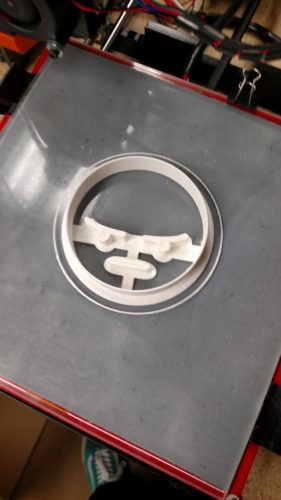 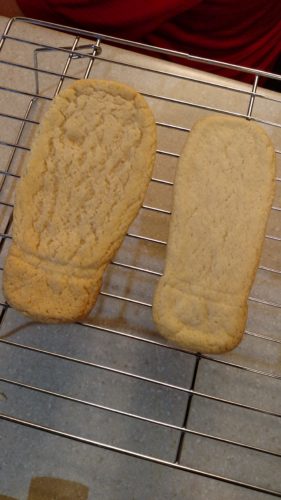 The next step in the process was to test the cookie cutter. In his first attempt, Eric used Pillsbury cookie dough. These cookies looked nice when they were cut, but, after the cookies rose, they became distorted and the logo was difficult to see.

In the second attempt, Eric used non-leavening sugar cookie dough. In addition, he used a rolling pin over two wooden dowels to keep the cookie dough at a consistent thickness. He found that 3/16th of an inch was the best dough thickness. For this attempt, Eric also designed his own cookie cutter based on the Facebook angry emoji. 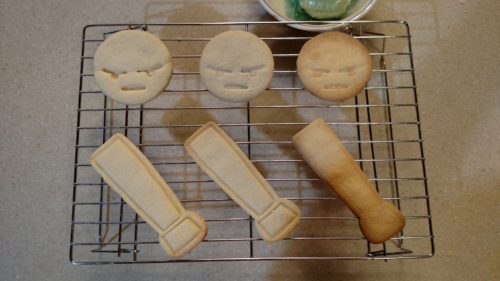 The second test was much more successful than the first. These cookies retained their shape, and the designs remained visible.

One important aspect to consider when printing anything that will be used with food is the safety of 3D printed materials. Generally, 3D printed objects are not food safe for a few reasons. First, due to the nature of 3D printing, it is very easy for bacteria to grow on 3D printed objects. There are small crevices in the print that are very hard to clean out thoroughly, resulting in bacteria build up.

Additionally, some materials, such as ABS, can leach chemicals or other hazardous substances into the food. To avoid this, use only FDA approved materials such as Ceramic or PLA without additives. Finally, during the printing process, some filaments emit ultrafine particles that rest on the surface of the print and can be harmful if ingested.

For the most part, 3D printed cookie cutters are food safe because they are not in contact with the cookie dough for very long and because the cookie is baked after it is cut, which kills any bacteria.

For more information on Eric’s cookie cutter project, check out the F3DP Show.